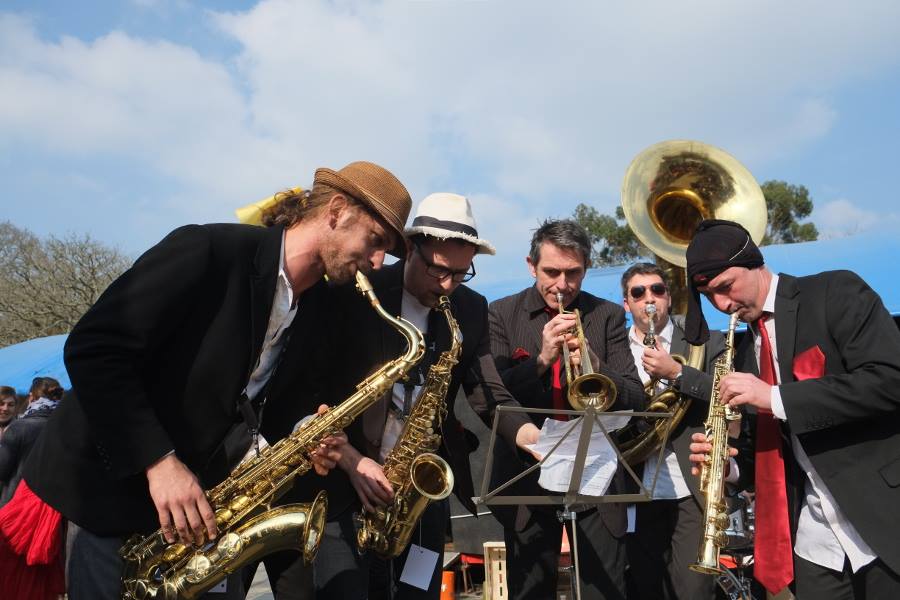 The octal street band Le Fat, from Brittany, France, plays great funky grooves. And what do we know about them? According to a legend, there was a man, with a tattoo of a black cat, who convinced groupies at the end of the world to adopt the groove. What was his secret? All they had to do was listening to surfrock. They graved their own instruments from the pyrogenic rocks and embraced the strange music from the sea, overwhelmed by the sound of jazz, rock and funk from the west. Inspired by these sounds, they created their own tunes.

And in september live in Amsterdam!